Finance Ministry: The Romanian Post is to be privatized. This decision is irreversible 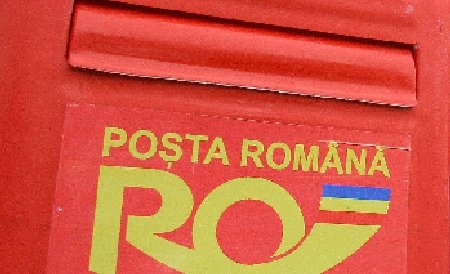 According to the governmental decision’s project published on the Communications and Informational Society Ministry’s website, an international consultant will be appointed for the expertise of CNPR’s privatization. The privatization will be aacomplished by raising the social capital with at least 20%.

The special international expert will analyze the privatization strategy, proposing modifications and completions.

The expenses related to the fixed component of the international expert’s remuneration, to the variable remuneration’s component, associated to the payment of transaction’s total amount that The Romanian Post National Company will benefit, the Communications and Informational Society Ministry’s expenses with contracting attorney houses, as well the expenses related to privatization’s preparation and accomplishing, including advertising, will be supported by the Romanian Post National Company, the projected Executive’s decision specifies.
Pursuant to the Memorandum with the IMF, the authorities had committed to identify a strategic investor for 20% of CNPR by raising the company’s social capital by the end of June 2012. The initial deadline for Romanian Post’s privatization was the end of March, 2012.