Călin Popescu-Tăriceanu, the PLR candidate in the presidential elections: I am addressing the Liberal deceived by Iohannis and the 7,4 million Romanians who voted against Basescu in the referendum 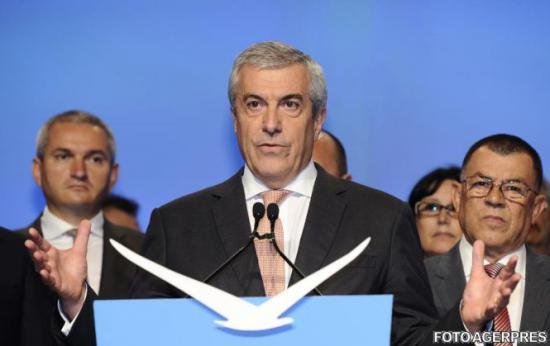 Senate President Călin Popescu-Tariceanu, PLR presidential candidate, has said on the "Daily Summary" show that he addresses with confidence to all 7.4 million Romanians who in the 2012 referendum voted against Basescu, even if that means he will compete in the same segment with Victor Ponta, the PSD candidate in the presidential elections.

"I, personally, have been engaged in a rough fight with the President during my term of four years. Of course this means I will compete in the same segment with Victor Ponta, but I hope I get to the second round," Tariceanu said.

However, Tăriceanu has stated that he addresses the Liberal voters in Romania who have felt betrayed by the decisions taken by the new Liberal leader, Klaus Iohannis, whom he argues that " he does not a have liberal identity", being "the leader of a party that has no kind of ideology, which is a personal creation of Basescu. "