Elena Udrea, the PMP candidate in the presidential elections 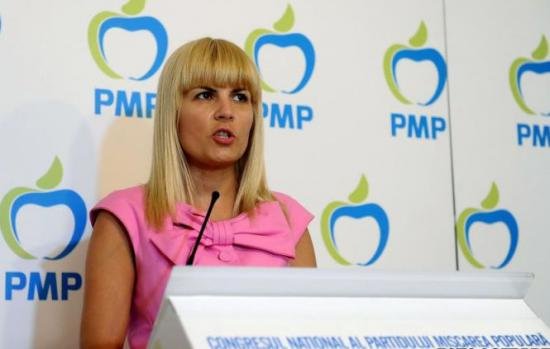 Elena Udrea is the PMP candidate in the presidential elections. The decision was made Tuesday by the PMP representatives during the National College meeting.

MEP Cristian Preda was the only one to vote against the candidacy of Elena Udrea, Mediafax reports.

After the meeting, Elena Udrea said that her campaign will be conducted by Eugen Tomac and that the party will start Wednesday to gather the required number of signatures for the candidacy.

Udrea said that she is the only one who can outrun Victor Ponta in the race for the Cotroceni Palace.