Prime Minister Ponta: I am the first candidate for the presidency that you know everything about 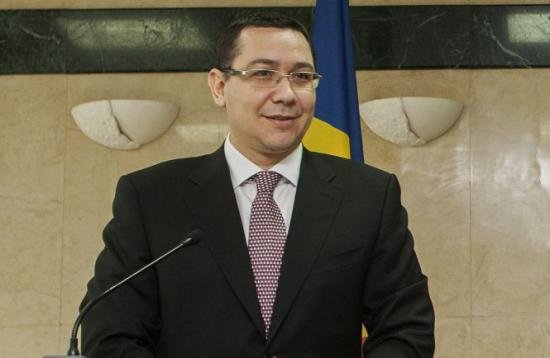 PSD president, prime minister Victor Ponta, said Tuesday in a speech in which he announced his intention to run for President of Romania, that he had no secret and that he must thank Traian Basescu for that.

"I have a special situation. It might be a weakness, but I think it is still an advantage. I am the first candidate for president that you know everything about. I have absolutely no secret. I have Traian Basescu and his propaganda to thank for that. They have sought so deep into my life that you know everything I’ve done good or bad both a year ago and ten years ago and 20 years ago", Ponta said according to Mediafax.

"They have not found what I’ve done wrong before I was born, but I think they will find out by November. I believe that it is an advantage, because you also know when I felt sorry for my mistakes. (...) This gives me an advantage – nor Băsescu nor anyone else can blackmail me anymore nor scare me with something", Ponta said.

The prime minister said that some accusations made ​​him laugh, but others hurt him, namely those who were referred to the family.

"I had the strength to get over all the bad things, to apologize, to get up from the ground and go on (...) The hardest and most difficult thing for me was when I was not the one attacked but my family. But from my family I got all the energy and power, "Ponta said.