UNICEF report: Romania is rated last place in Europe in terms of investments in education 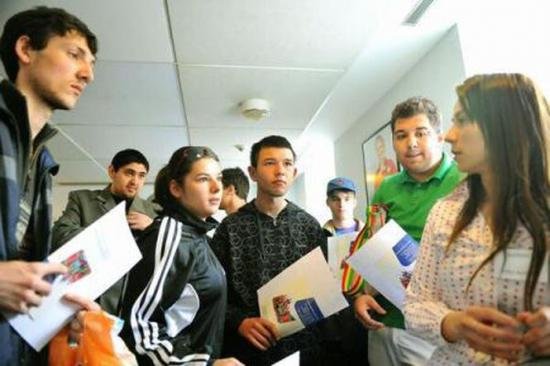 Romania is on the last place in the European Union on education investments, a study released on Monday by UNICEF Romania shows.


The study "The costs  of education underinvestment in n Romania" correlates the amounts allocated from the state budget in this area with the economic development of the country, Agerpres reports. The extensive research was carried out by comparison with the situations in Latvia and Hungary, countries considered by researchers as closest  to the Romanian context.

According to experts, investing in education for optimum results should be made at the level of the lower classes,  for children aged 3-4 years. Also, according to the same study, the most important impact in terms of education investment is registered among disadvantaged groups.

"We passionately believe that it is necessary to gradually increase education investment up to 6% of GDP, as set out in the Education Act of 2011 (...) Therefore, in recent months, with the help of national and international experts and close consultations with the Ministry of National Education and the World Bank, we have sought financial arguments, " UNICEF Representative in Romania Sandie Blanchet said.
According to the study, "if Romania keeps the  investment in education so low, it will lose between 12 and 17 billion euros between 2015 and 2025". Currently, the Education budget is around 3.4% of the GDP.

The study published by UNICEF Romania was conducted at  a micro and macro level. Thus, for Romania two scenarios were considered- scenario A, the investment in education in Romania remains as it is and scenario B in which  the 2025 education budget would reach 6% of the GDP.


In scenario A, Romania’s results at the  PISA international education tests will remain at the same level, unemployment will not fall, and the  GDP will increase in 2020 by 1.9%, with a downward curve.

In scenario B, Romania will reach an average of 500 points on the  PISA tests  and the GDP will grow by 2.7% per capita. According to experts, each extra year of schooling reduces the risk of unemployment by  8%, and the risk of health problems by 8.2%. Also, if early school leaving decreases by 7.5%, GDP will increase by 0.38%.

The findings  of the study were made public in the presence of the Minister of Education, Remus Pricopie, the UNICEF representative in Romania, Sandie Blanchet, of Pierre Varly, international expert, and Ciprian Fartuşnic, Director of the Institute of Education Sciences.